EVERY BODY DANCE! A celebration of lifelong creativity 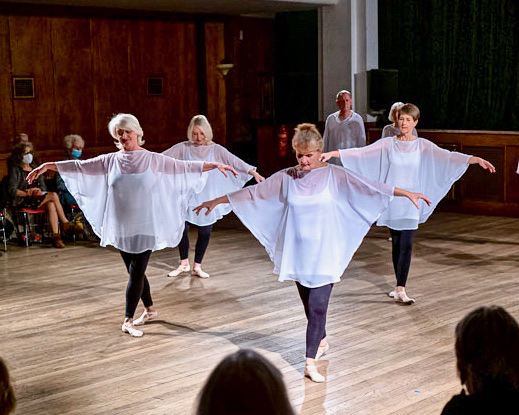 Summary: This baroque triptych was born during lockdown when the joyful optimism of Merula’s Ciaccona provided the necessary buoyancy to choreograph to this uniquely danceable music. Vivaldi’s Mandolin Concerto is a wonderfully incessant study of time pressing onward towards each pause in a cyclical manner, while the grace and beautiful fragility of Scarlatti’s Mandolin Sonata provides the heart of this triptych, inducing a quality that gently stills the mind. 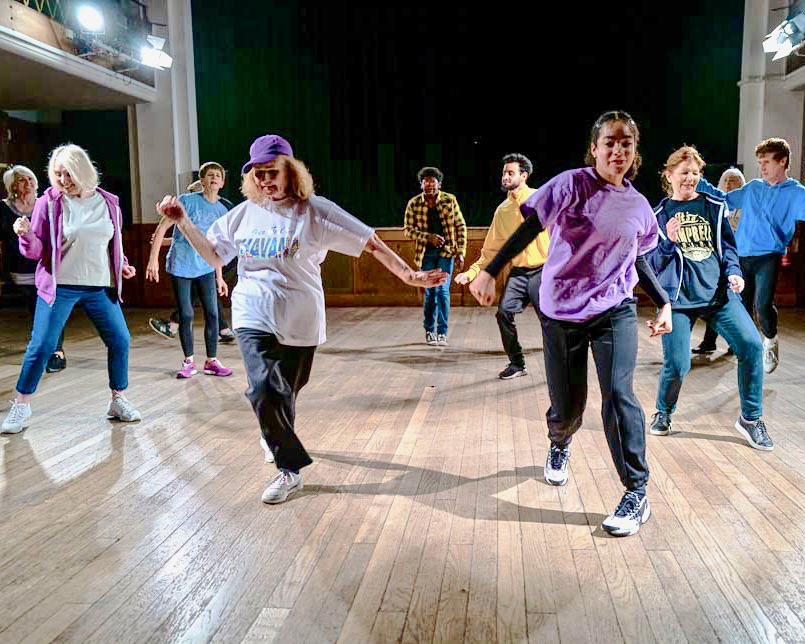 Music: Wiseguys Say Ooh La La; The O’Jays Can You Come Out and Play

Summary: There are many stories that make HipHop what it is today. Mr Miyagi (The KarateKid) is an example of how HipHop has been inspired by the culture of martial arts. Here we blend the movements of Tai-Chi and HipHop exploring the connections between mind and body. Mr Miyagi is the story of an older man teaching a young boy, but in this piece the Sage Company become the students under the young watchful eye of the Grandmaster, Nicole. 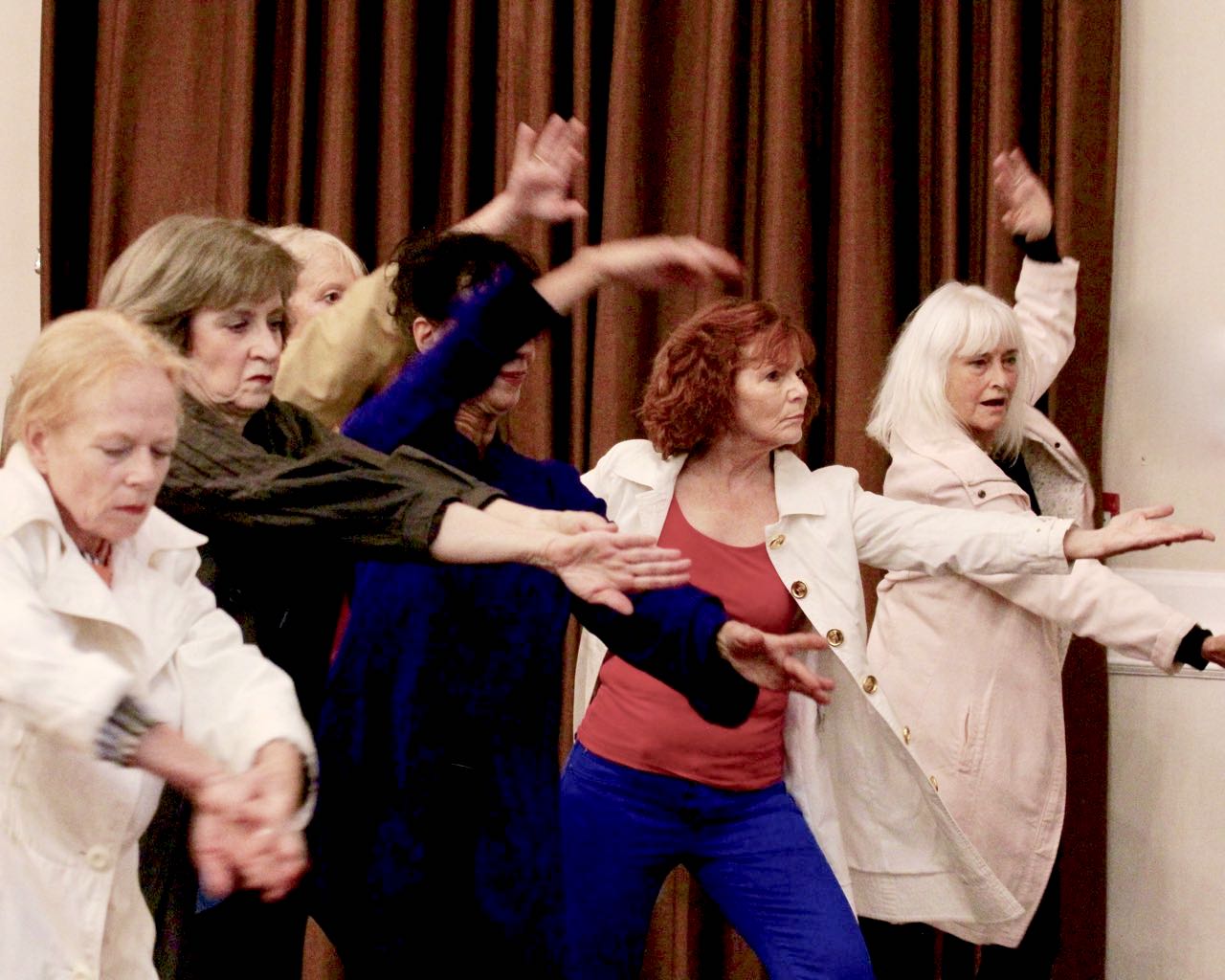 Music: Moderat No22 and Seamonkey

Summary: Using words and movement, this piece explores the journeys we make throughout our lives – from catching the same bus to work every day to a once in a lifetime trip to the moon.  Journeys can be mundane, exciting, distressing, uplifting … but one thing is certain, as ever-curious human beings GO we must!

OUT OF THE BLUE 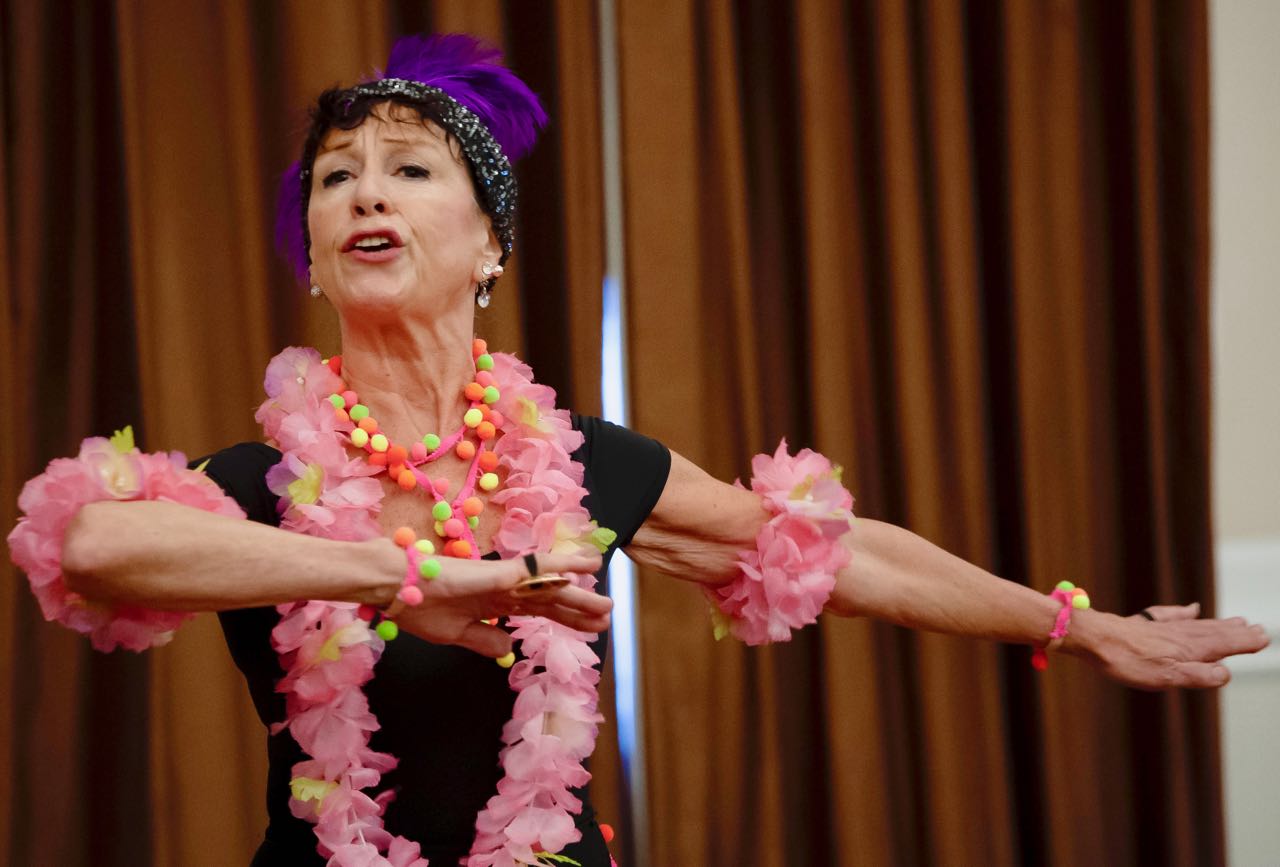 Summary: This amusing piece was inspired by her witnessing party-goers leaving a local celebration. Kim challenged herself to create both solo pieces without music making her own sound effects to move to.

TREE FROG AFTER A THUNDERSTORM 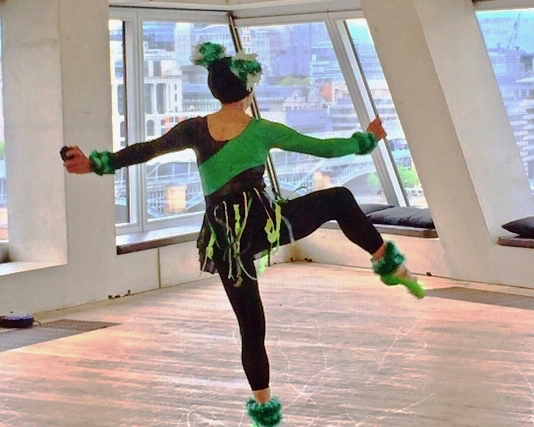 Summary: This solo is inspired by Kim’s life-long love of frogs! She loves the concept of sound and how it creates the movement; there has never been a piece of choreography whereby every single step has been voiced by the dancer. 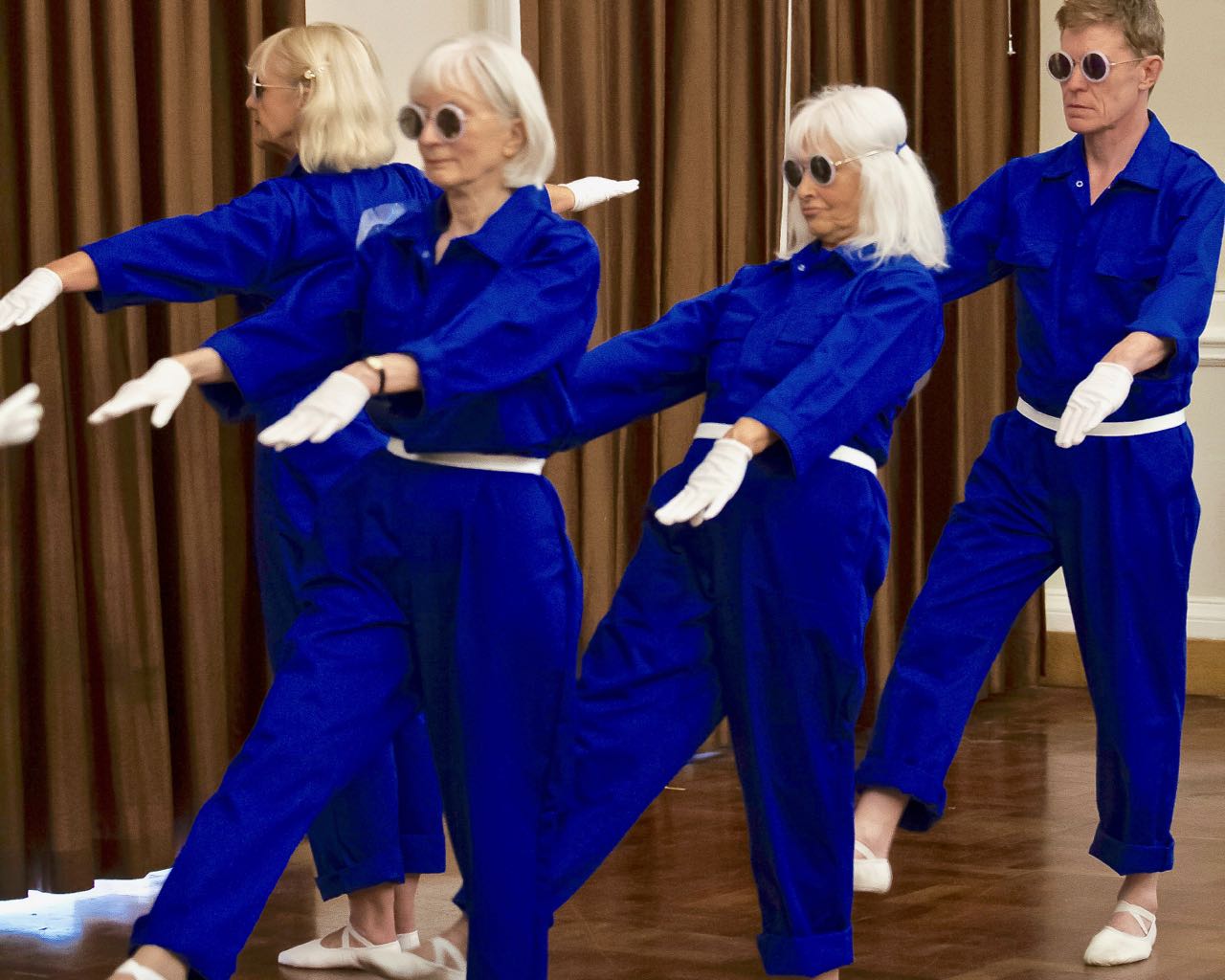 Summary: Puppets or robots? Strings and wires get badly crossed by the end of this exciting company piece set to an electronic score. 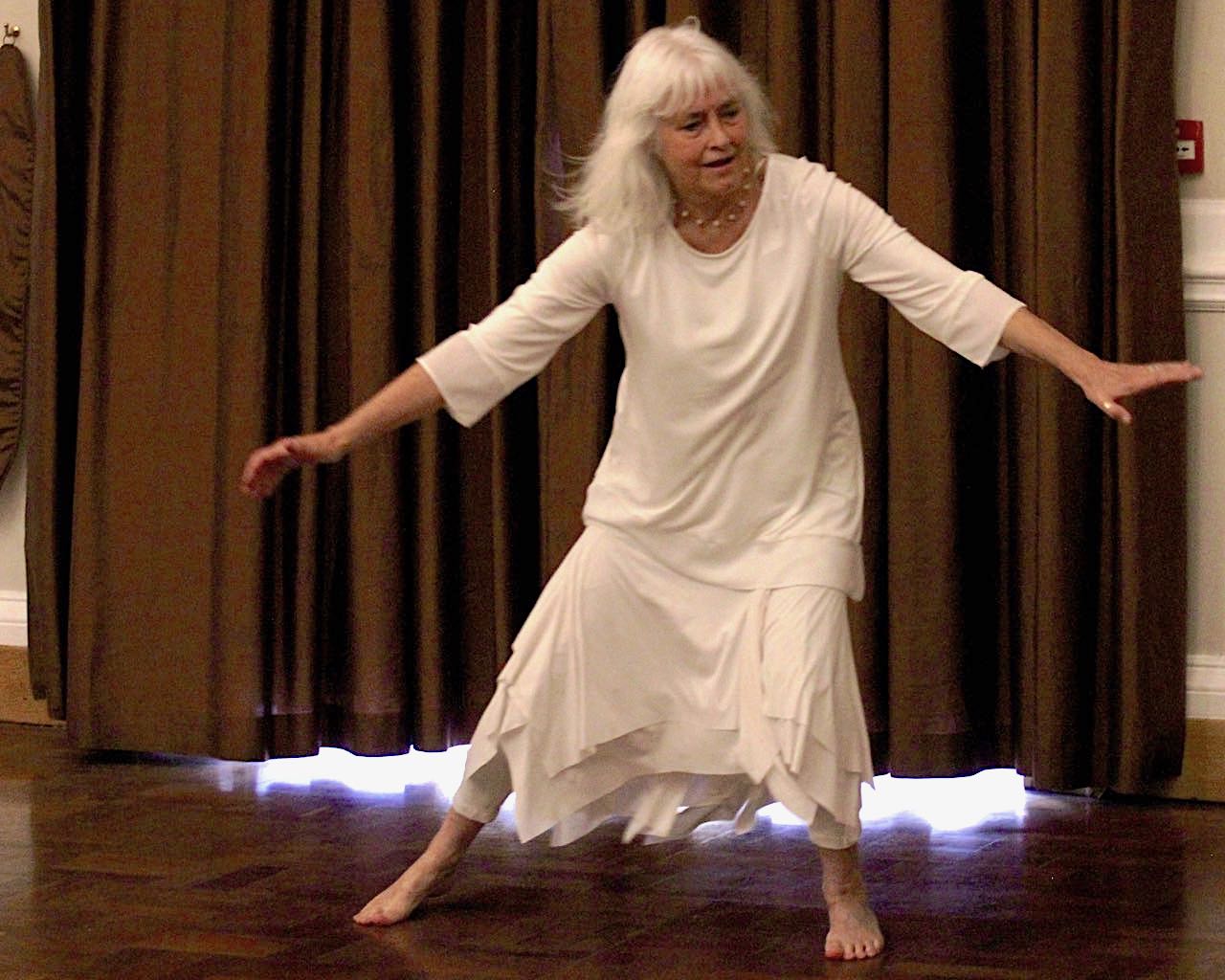 Summary: Teresa’s solo piece derives from Buddhist teaching. The bodhisattvas emerge dancing to live on this earth as ordinary human beings with the power to transform life and the environment for the better and to enable others to do the same. 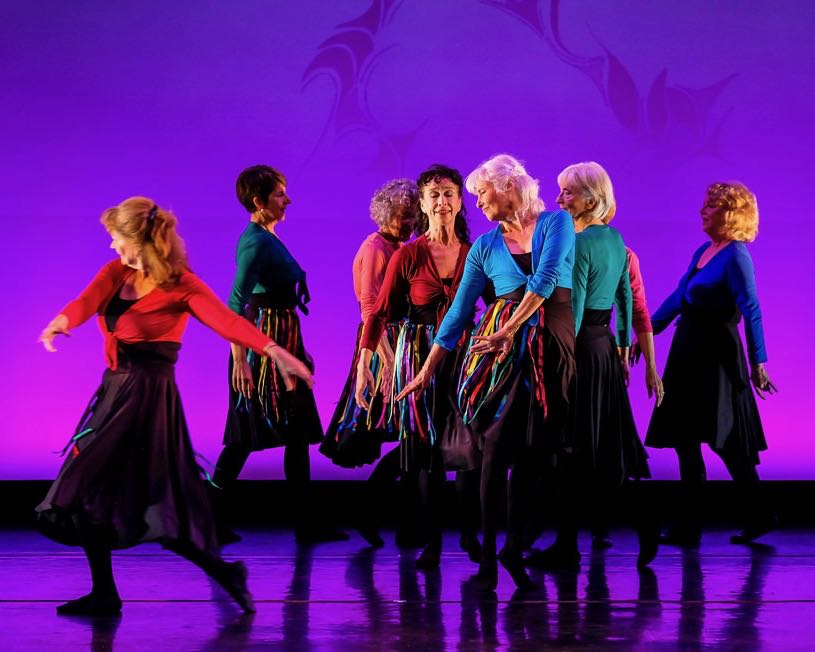 Summary: Danced to beautiful music taken from Vivaldi and the Baroque Gypsies, each of these four pieces is unique in mood and rhythm. The first is hypnotic, the second bold and energetic, the third humorous and the fourth mysterious. 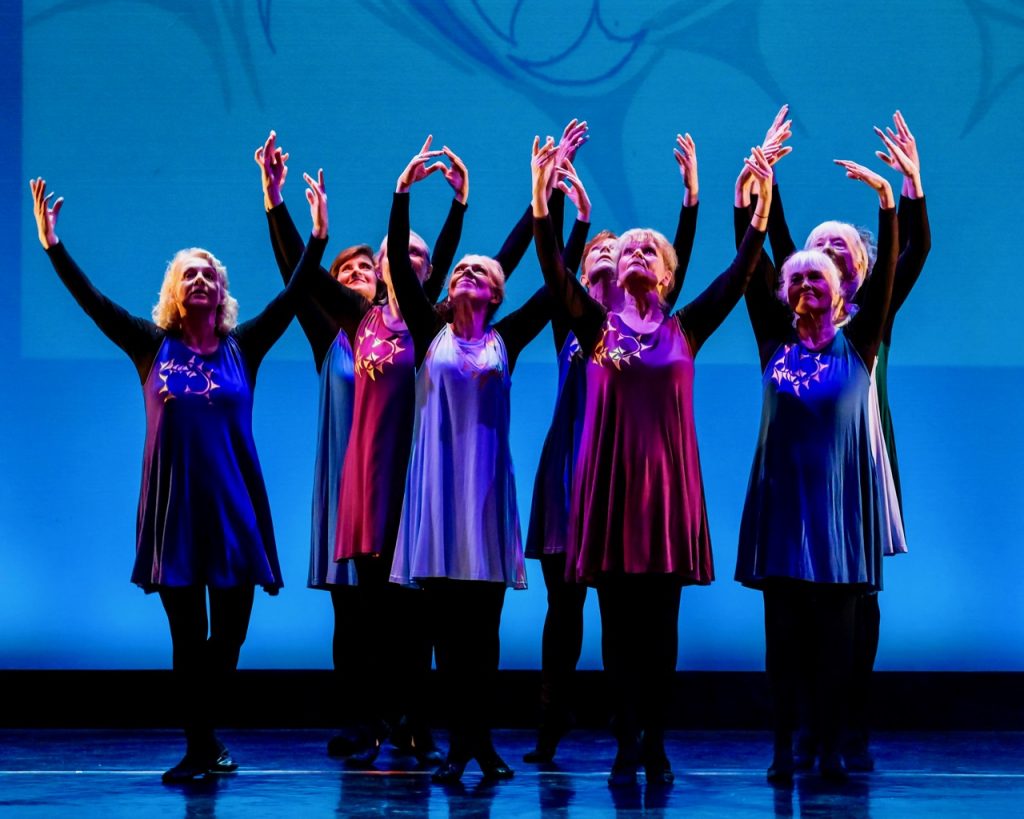 Summary: A complex and uplifting work to the three pieces of Handel’s Zadok the Priest 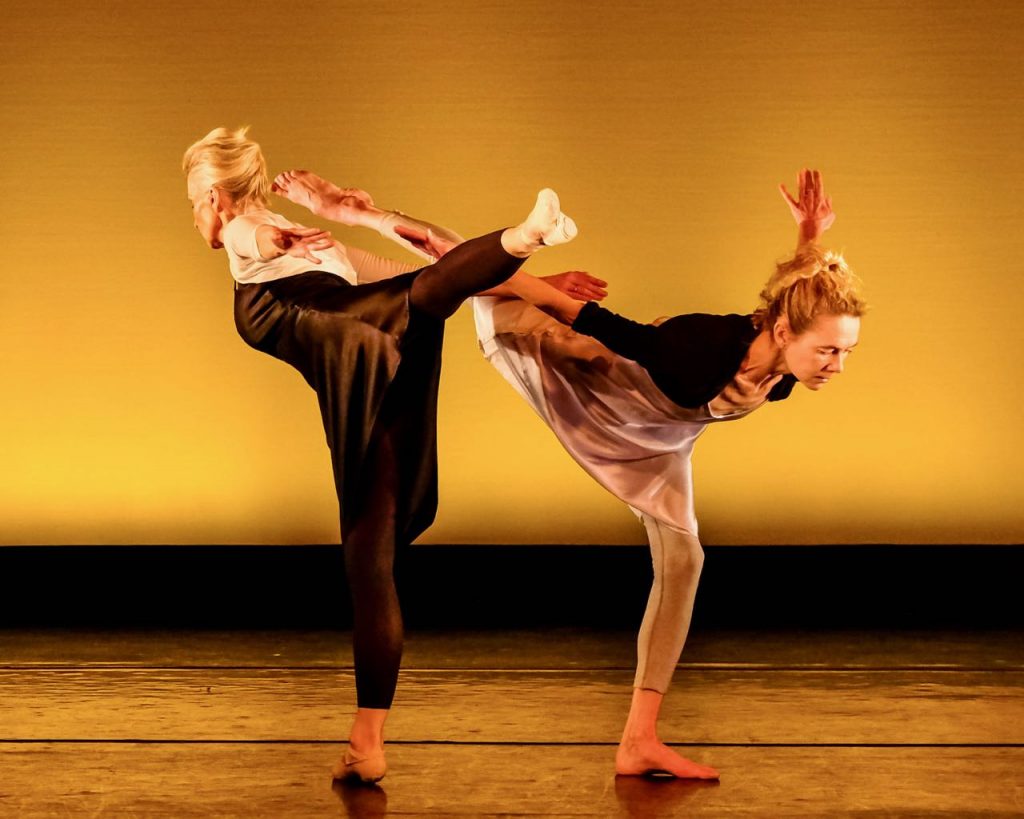 Summary: A duet exploring how one dancer’s presence affects the other as they connect, harmonise and transform together. 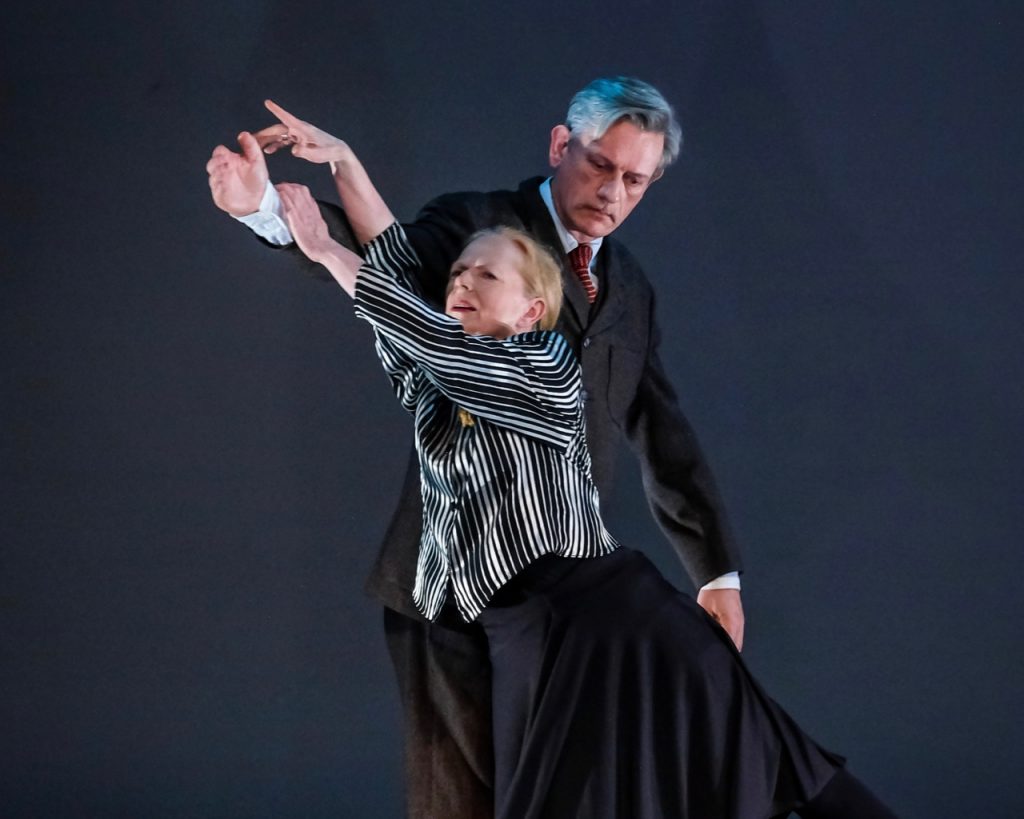 Summary: A haunting duet about the break-up of a long-term relationship, inspired by Bren Gosling’s poem of the same name. 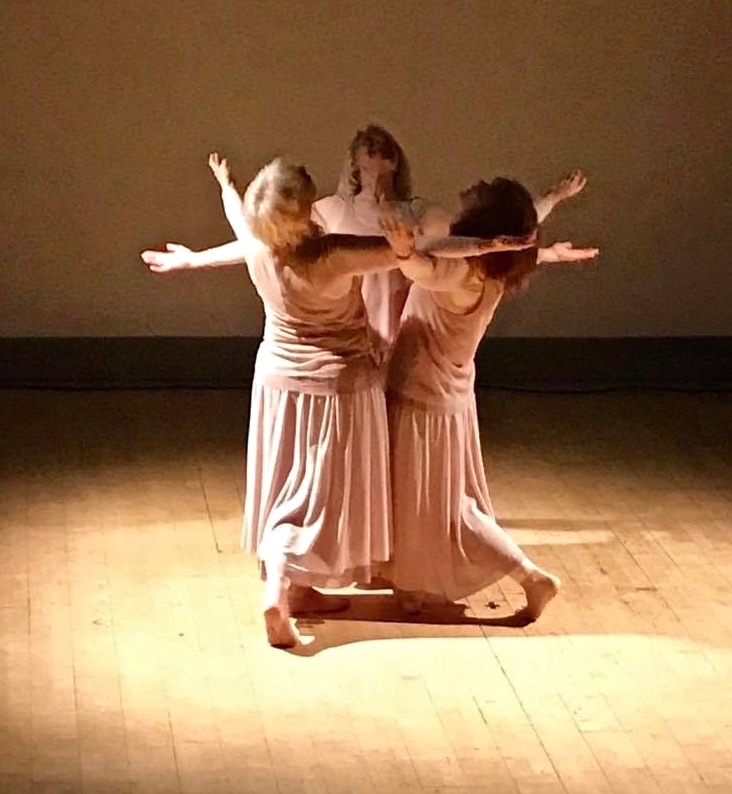 Summary: In three ways; a quietly joyful piece which celebrates lasting friendships with grace and style. 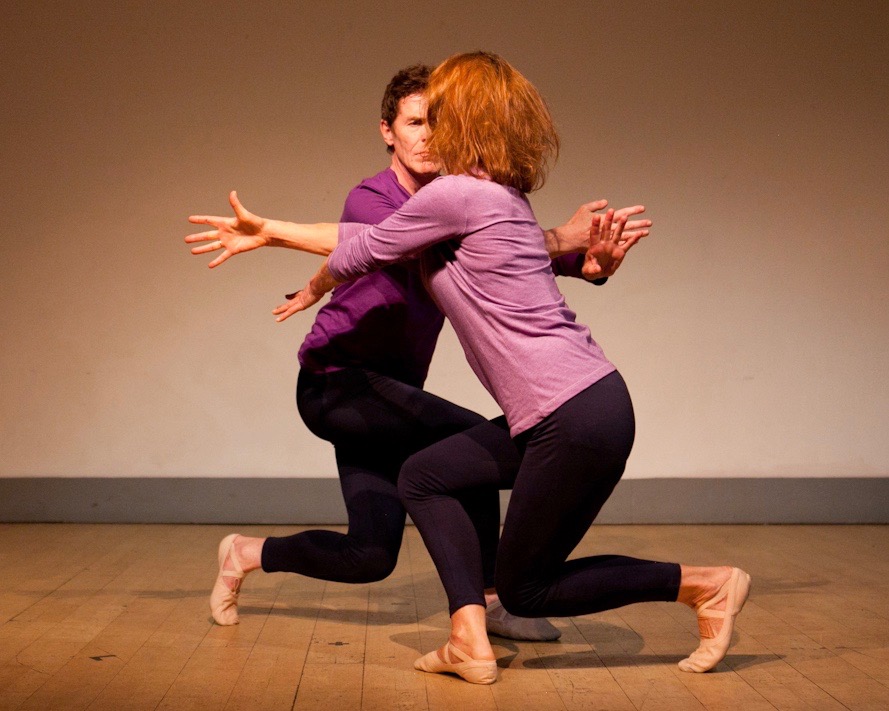 Summary: A duet expressing the relationship experiences of adult opposite-sex twins that emerged from the findings of Olivia’s doctoral research. 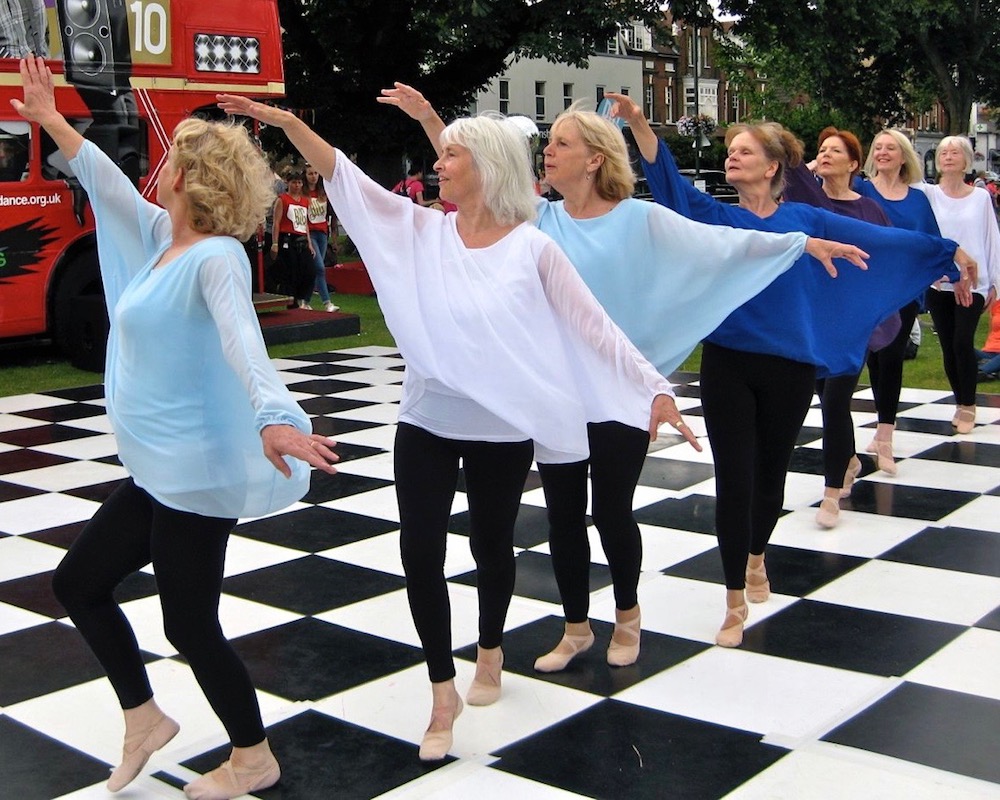 Summary: Eight eclectic pieces that capture the joy and melancholy of Telemann’s life. 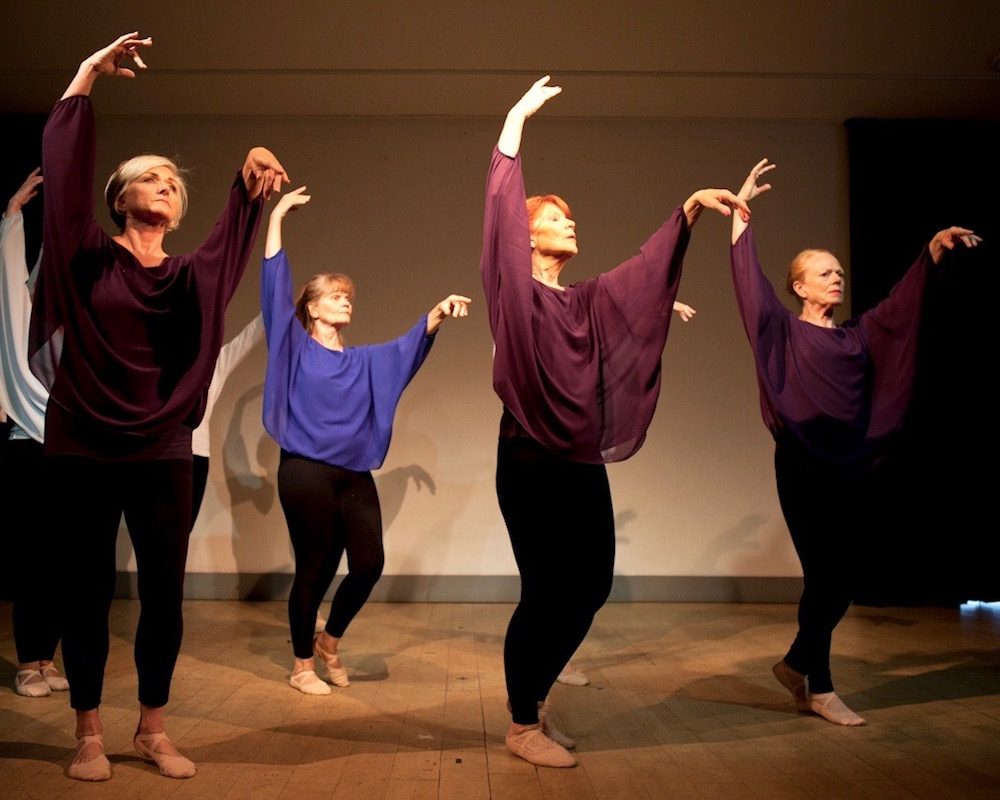 Summary: A group dance of constancy that nobly moves on to its fractured ending. 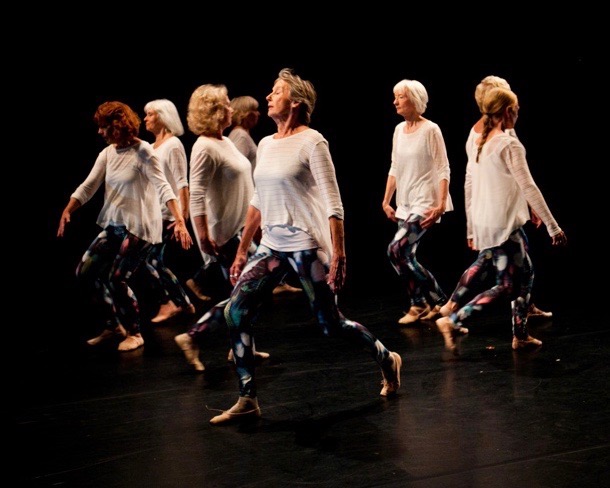 Summary: A piece inspired by and dedicated to Merce Cunningham, a choreographer at the forefront of American Modern Dance for over fifty years. 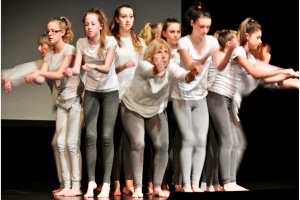 Summary: A collaboration with Acland Burghley High School. A work of vibrancy and sensitivity in which contrasting age groups worked together to great effect. Part of the Wilding Festival to celebrate 100 years since the death of Emily Wilding Davison, a prominent suffragette activist. 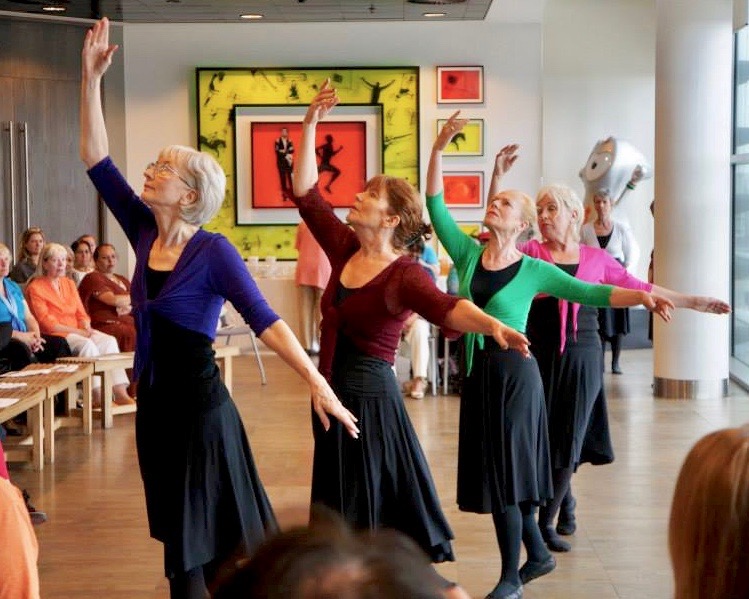 Summary: The Brahms lyrical piano quartet, at times quiet and contemplative and at others soaring to an uplifting crescendo, was the inspiration for this beautiful balletic choreography with its intricate steps and shifting movements.

WHAT ARE WE GOING TO DO NOW? 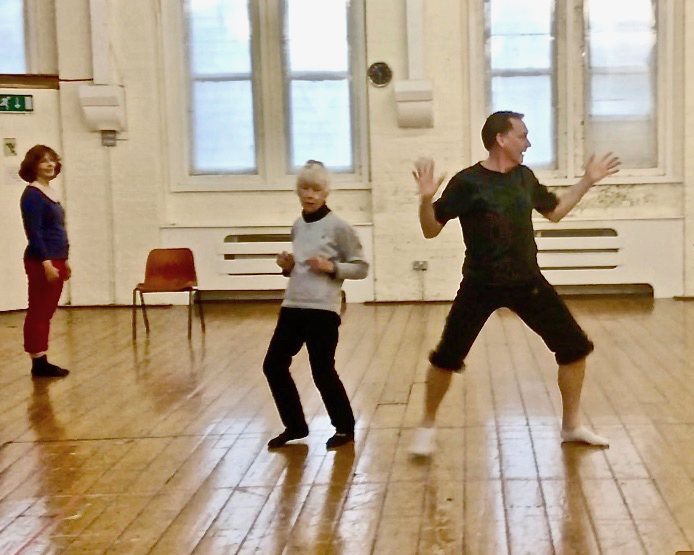 Summary: A work every bit as eccentric as the music of Spike Milligan and the Goons 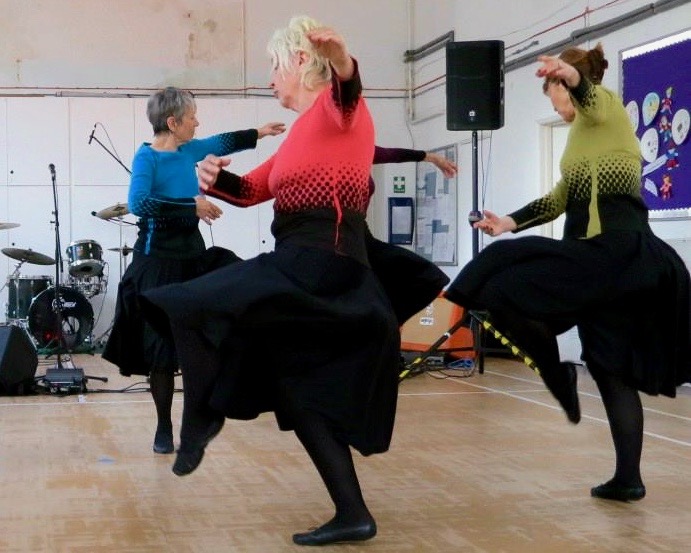 Summary: Thirteen dances, depicting scenes from childhood as the title of the music suggests, some energetic, some serene, all woven together to depict joyful and dream-like episodes.